Martin Levinson is Professor of Cultural Identities at Bath Spa University. He works in Educational Anthropology, and his research centres around minority, marginalised and disadvantaged groups. As Principal Investigator on the D4D project, he is responsible for co-ordination across the different workstreams. Natasha Sutton Williams chatted to him about his ethnographic research, genetic screening, and changing perceptions around disability. 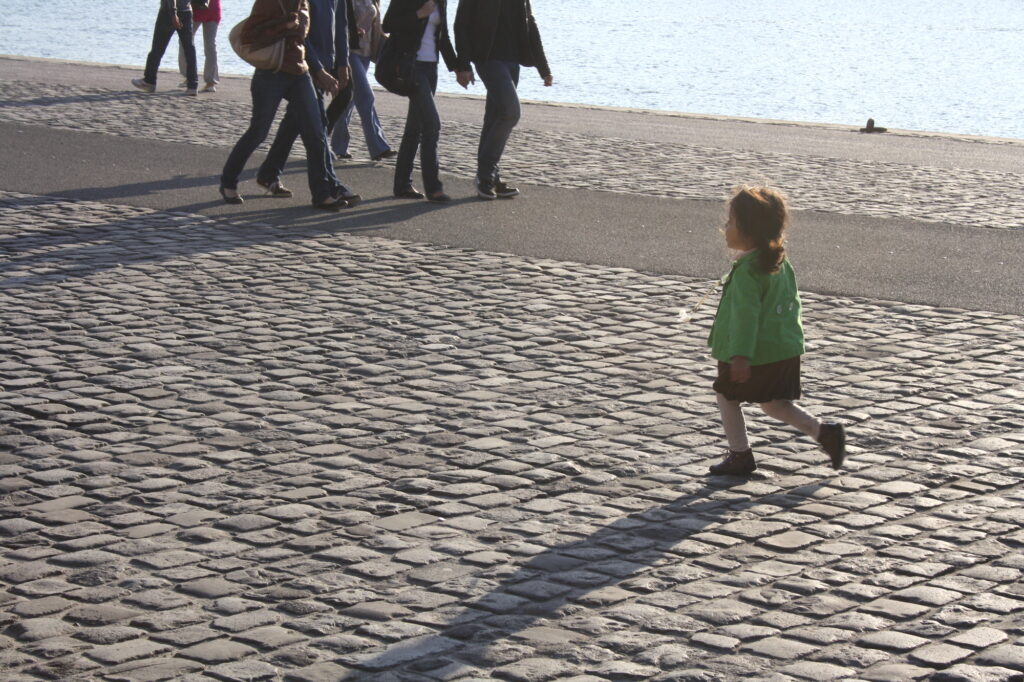 We create narratives around images / information, and these are often based around our own preconceptions. Researchers often superimpose their view of the world over their ‘evidence’. These images emphasise the need to get the people represented to tell their own stories. Image by Martin Levinson

At its core, the D4D project has been about exploring the lived experience of disabled people.

“D4D has been a quest to identify and understand barriers that prevent disabled people from achieving agency,” states Professor Levinson. “We’ve been asking questions like – ‘In what ways are disabled people connected or disconnected to, or from surrounding communities? How might they share existing affiliations, situate themselves and reshape communities around them?’ Then we started looking at sub-questions about the ways in which connection and disconnection fluctuate over time, and how new technology changes the experience of disability and community. We were interested in the actual meanings of notions such as inclusion, belonging, alienation, and disabled peoples’ lived experience in different spaces and places. We wanted to shed light on how future communities might evolve in which there is greater equity and where those at risk of marginalisation have a stronger voice. Finally, we were keen to explore new ways in which issues concerning disability might be explored, and one aim was to move away from the ivory towers of academia. For me, one of the most rewarding aspects of the project has been the opportunity to work alongside community and grassroots organisations.” 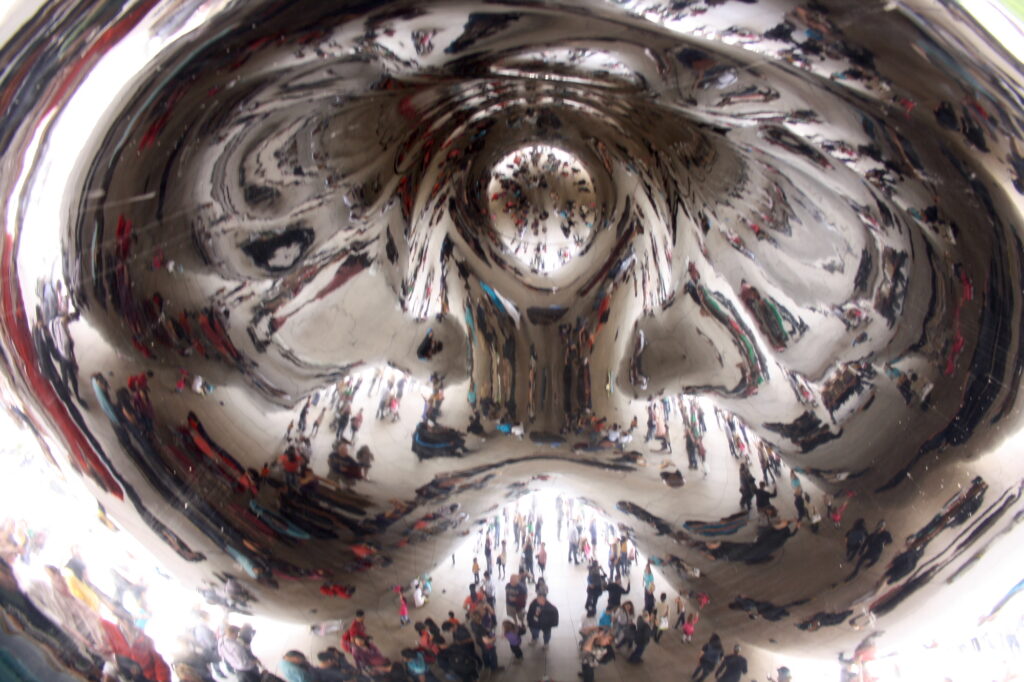 Ethnographers take many different approaches, and mine was shaped by my work in photography. There is a tendency when working with minority groups to homogenise people, denying them their individuality. Researchers tend to generalise from the experiences of key participants, and even those participants can create an account that simplifies their own lives. What this image emphasises for me is that people’s existences can have multiple reflections and distortions, and we need to keep looking from different perspectives. There is not a single truth; there are many truths. Image by Martin Levinson

A key approach has been ethnographic. If you have never heard of this research method before, you are not alone. It’s an in-depth study of members of a particular culture and involves the systematic collection, description, and analysis of data, including artefacts and photographs as well as interview transcripts. The central premise of ethnography is that you look at the world from the position of the groups involved and from the perspective of the insider. For Martin Levinson the way of carrying out research is almost as important as the themes under discussion:

“One of the things about conducting an ethnographic interview is that it should be like a conversation. It’s about sitting down with people with a cup of tea and spending a long time with them, talking about nothing in particular and then gradually exploring their views, and developing a relationship with them. It’s not the most popular way for academics to collect data partly because it’s so time-consuming. During D4D we’ve also sought to use alternative and innovative approaches, such as cultural animation workshops, during which our participants are encouraged to explore their feelings of identity and belonging.”

During his time as an ethnographic researcher, Professor Levinson has explored the experiences of diverse groups.

“I’ve been fortunate to meet and work with Romani Gypsies, indigenous Sami people in Norway, Mexican migrant workers in the USA, as well as youngsters here in the UK who have been excluded from schools. These groups have always been outsiders; they have all been marginalised by the surrounding mainstream society, positioned as ‘others’; and sometimes they position themselves there. I’ve always wanted to explore how the world looks from that ‘other’ standpoint.”

He adds that there was a parallel research tradition that influenced D4D, based around Participatory Action Research.

“This approach was very much driven by Sue Porter, who was hugely important to the development of D4D at the outset, and who has been hugely missed by all of the team. Sue’s personal influence on me was to make me question the way I had worked in the past. She pushed us all to seek not just to explore the experiences of our participants but to strive for change; to build something better.”

Sue Porter, sadly, died unexpectedly towards the end of 2017. She had been a central force in building D4D, a passionate academic bringing a radical campaigning spirit to the project. Eschewing sentimentality, she approached D4D with tough idealism. It is evident that her loss was felt in a very personal way. Professor Levinson recalls the impact of the series of meetings he had with Sue in Bristol at the outset of the project:

“It was a bit of a leap for me. Many years ago I had worked in photography, and my instinct was to record the world around, and I hoped that the pictures you take should be enough to stir up a call for change. Sue was more of a warrior-campaigner, believing that change was not going to happen just because you present scenes of injustice. You have to fight for change. The D4D project became more edgy because of her political acumen and dynamism.”

He continues: “It’s all about the relationships you build with people and how you influence them. Sue was a great example of someone who could have a smile on her face but was made of iron underneath it, absolutely resolute. Perhaps, the D4D project became less playful through wanting to achieve change. We haven’t lost that completely, though looking back, I would have liked it to have been a little more mischievous at times. I wanted to do things like send our robot double to Downing Street with a message, break the police cordoned-off zone, then, maybe, blow up the robot to make a point. That would have been playful and subversive, but in the end, if you’re going to change people’s minds at that level, you may need to be more subtle than that.”

There is also a sense that external events altered the project:

“When we began D4D, the spirit was all about being ‘playful’ and ‘edgy’. As time went on, we witnessed the impact of austerity on our participants and on the organisations supporting them, then, with Covid 19, we saw what seemed very much like complete indifference from our government towards the particular risks facing disabled people. The proposed solution of ‘herd immunity’ implied complete ease with the idea of certain people dying, people who were surplus to requirement. This feels like a kind of eugenic selection.”

Before the pandemic, there had been plans for members of the D4D team to visit disability-led organisations in Europe to discuss research on genetic screening.

“I began having conversations with the Centre for Disability Studies at the University of Iceland where they were talking about their national genome mapping project. It’s a small country with around 350,000 people. The genome project maps the DNA of the entire population. As this mapping had been linked to the prenatal screening programme, the people at the Centre for Disability Studies were expressing concern about the number of late abortions. It seems that they have all but eradicated Down’s Syndrome from Iceland, and inevitably, other conditions will become targets next. Now I don’t think Iceland should be isolated. This is not about Iceland. This is about what the world does with new technology that offers increasingly precise means of genetic analysis. While we may not all share the same views across the team, we all felt concern that things were going under the radar allowing for programmes to be carried out with virtually no discussion. Above all, the consultation needs to include the groups affected; history suggests that it is dangerous to leave decisions to scientists and politicians.”

As D4D reaches its finish line after five years, what does Professor Levinson hope people engaging with the project will take away?

“I would like people to think about ‘disability’ in a different way, and to stop categorising in the way the Victorians did so obsessively. I’d like to move towards an alternative view of what is, in reality, a continuum. We’re all on the continuum. Babies are disabled by their helplessness if you look at it realistically. Old people become disabled. This is about the human condition; this isn’t about a classification of people. We need to consider what the world would look like in the absence of what we term ‘disability’. If you think about great artists, writers, composers, inventors … so many of them have suffered from physical or mental illness: da Vinci, Michelangelo, Beethoven, Mozart, Tchaikovsky, Coleridge, Byron, Newton, Einstein, Hawking – just for starters. Take them out, and what does humanity look like?”