Sue Moffat is the Director of New Vic Theatre and a Research Fellow at Keele University. As part of her work she manages New Vic Borderlines – the theatre’s award-winning outreach department, which responds directly to the needs of the local community, and to national and global issues that have an impact on ordinary people’s lives. As a theatre director, Moffat’s work focuses on collaborating with individuals, groups and communities who exist on ‘the borders’ and are marginalised for various reasons. Natasha Sutton Williams spoke to Moffat about her role as community co-investigator for the D4D project, her cultural animation workshops, and collaborations with researchers across D4D’s workstreams. 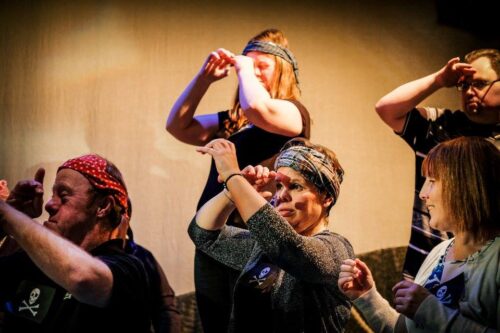 “As the director of the New Vic outreach department, much of my work is engaged with the local community, particularly using documentary theatre as a way of making sure that those unheard voices are heard and seen, and that people’s stories are literally put centre stage,” says Moffat. 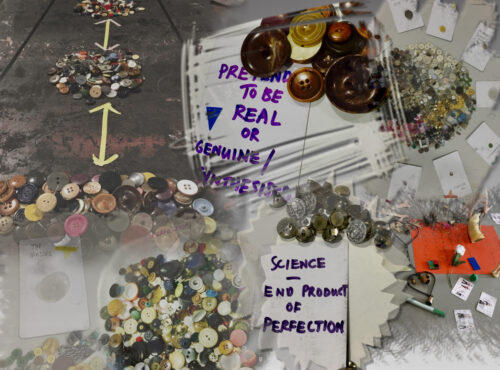 “Due to the method of documentary theatre-making, it’s a co-designed and co-produced process. There’s a real equity between the community and the theatre. We have Keele University, and a professor from the management school became really interested in how we create documentary theatre. Together, we developed a hybrid methodology of documentary theatre practice which uses techniques to engage with community. We adapted it into a research methodology called Cultural Animation. It’s a great way of working because it makes sure the lens of research is directed by the community members who help shape the research questions. We ensure that the learning that comes out of the research is usable by the community themselves and creates opportunities for their issues to be made better in some way. It’s quite unusual for a producing theatre like the New Vic to be involved in academic research.”

Much of the text from Moffat’s documentary theatre is verbatim, meaning the word-for-word accounts spoken on stage come directly from the members of the community. “Sometimes the theatre piece is an amalgamation of different stories, like in an ensemble-led movie,” states Moffat. “The characters can be the mosaic of other real people and their experiences. We often use projection and recordings so that people are genuinely present within the story, but quite often it will be community members themselves that will perform the piece.” 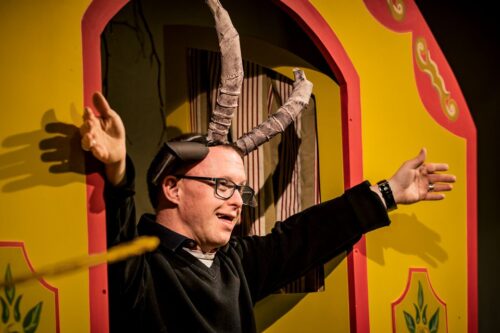 Moffat has been in charge of leading Cultural Animation workshops for the D4D project, which offers participants an open, inclusive space for their stories to be heard. “The cultural animation methodology is related to documentary theatre and is a way of finding stories through recognising the things that people have around them,” says Moffat. “The physical objects they gather in their lives often take on significance. So, rather than people having a microphone in front of them and being asked direct questions, their object is the starting point for them to tell the story of what that object represents and why it is important to them. This becomes a much more comfortable way of people engaging with sensitive material. It also prevents people from anticipating a right or wrong answer to a particular question. The idea is about transforming ordinary everyday objects into something which are more symbolic or representative; can the object’s initial use be transformed into something entirely new? Playfulness is a really important part of how we work.”

Moffat has worked across the D4D workstreams, and using her expertise community engagement, she has facilitated these Cultural Animation workshops for different D4D researchers. ”Researcher Martin Levinson’s work on Now You See Us has been really intriguing: it brought home the way people are seen versus the way they would like to be seen, and the idea of invisibility,” states Moffat.

“When I started to do work with different groups it was almost eerie because although the workshop was about being present and physically there in the room, it was simultaneously about those experiences of being treated as if you’re completely invisible in society. We spent time talking about things like going to the doctors with a support worker or carer and the doctor never talking directly to the patient; ideas surrounding trying to assert your right to be acknowledged, engaged with, spoken to, and being really present. This is similar to researcher and artist Esther Fox’s work on the D4D workstream Institutionalised, Homogenised, Vaporised, which is all about the presence of absence; this idea that someone with disabilities is wiped out through this drive towards this crazy concept that perfection actually exists. Her project is also about the people who are making those scientific, economic, and social decisions, and who is allowed to thrive.”

Now You See Us focuses on how people with disabilities engage with the idea of the workplace, and how employers and employees value them and their contribution. “There was a disabled woman in one of our workshops who was telling us about how she lives in supported housing and worked in a charity shop,” says Moffat. “She had worked there for 25 years, literally from the day this charity shop opened. She mentioned that they had a 25th anniversary for the shop, but they never acknowledged the fact that she had been there from the start. That’s a kind of invisibility, isn’t it? If you think about most workplace environments, if you had worked somewhere for 25 years, once upon a time you’d get a golden handshake or a watch or something to acknowledge this achievement. But for her, there nothing, absolutely nothing. This is a clear-cut example of invisibility and the absence of presence. It’s been a powerful, and very moving experience. The research that has come out of D4D is so relevant right now, and unbelievably important in terms of where we’re at currently with the pandemic.”

So, what is the most important message Moffat wants people to come away with when they engage with the D4D project? “We want to create a different set of relationships to disability. Although many of the people who engage with the D4D project are broadly speaking from the disabled community, we want to make sure that people who are not part of that community, the people who need to engage with, understand, and connect with the disabled community, will go away with a different set of questions, ideas and relationships. There is a real agency going forward that is having an impact on changing perceptions, and there are big things happening. When you look at the Brave New World workstream, science is galloping forward with genetic screening, and of course the people doing that work believe they are doing it for all the right reasons. There is this idea that there is a cure to genetic conditions, and that cure is to eradicate those genes. But what you’re doing is you’re wiping people out and making assumptions about the quality of their life and the cost of that life, which is crude and problematic. At the very least, the people with those genetic conditions need to be involved in those big questions and conversations, not just the clever engineers who know how to do the science.”

Moffat continues: “What I love about theatre is that these types of conflicting narratives can connect. They can coexist on the same stage. The environment we create means we don’t have to be on the defensive. People take on points of view where they’ve already anticipating what the arguments against them might be and so they close down. The type of theatre we’re working in is about opening up dialogues and creating a liminal space, where the real world outside is suspended for a bit. When you take the weight off the positions people hold – how old they are, who they are, how they are in the world – when you lift that weight from their shoulders for a small amount of time, they’re free to experience, think and feel differently; they can step outside of these fixed viewpoints. That’s where the power lies in terms of how things change.”