Dr Lucy Burke is a Principal Lecturer for the Department of English at Manchester Metropolitan University. She identifies as disabled and teaches literary and cultural disability studies, critical medical humanities, critical and cultural theory, and contemporary literature and film. Her primary area of research explores cultural responses to dementia and representations of learning disability in contemporary society. Natasha Sutton Williams spoke to Burke about ableism, scholar activism and her D4D project stream Now You See Us. 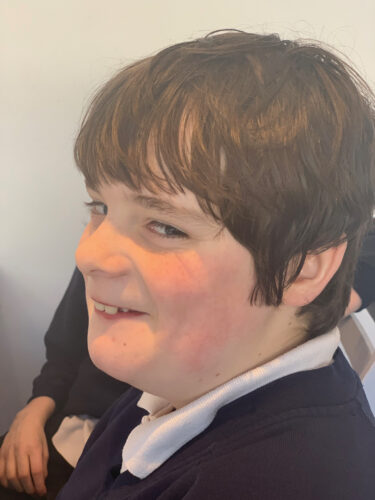 It was the subject of cognitive difference that first piqued Burke’s interest in literary and cultural disability studies.

“My PhD research explored cultural, scientific and medical discourses around sex and sexuality in the 1920s, and particularly the role of cultural and literary references in enabling middle-class female writers of the time to talk about sex in particular ways, often on the basis of a distinction between middle class and working class sex and sexuality.”

“I then started to broaden the scope of my research to think about post war British culture and specifically representations of class, gender and sex in the work of the poet Tony Harrison. I got really interested his film poem Black Daisies for the Bride about women with dementia living in a big hospital (formally an asylum), Highroyds, in West Yorkshire, which is near where I grew up.”

“Again, I was exploring class and gender, but this time in relation to Harrison’s endeavour to think about poetry and dementia. I became really interested in cognitive difference and in the ethical and political questions that attend any artistic portrayal of people who live with conditions such as dementia.”

“For instance, I was interested in issues of consent and representation in relation to questions of personhood; in other words, for people for whom moral recognition and political and legal rights are often subject to contestation rather than being assumed. Then my son, who was very young at the time, was diagnosed with autism and I got very interested in learning disability. My research into the field of critical theory, cultural theory and literary studies shifted focus into disability studies and how we understand various forms of difference.”

Burke began concentrating on arts-based approaches to disability rather than purely using sociological approaches. She started engaging with the concept of scholar activism, which aims to shift thinking around people with particular identities.

“It’s the idea that we can work to transform ways of thinking in a positive way. It’s not just the idea of describing something from a lofty height or simply imagining that academic analysis or description is enough. One of the things that you can do by working with people and thinking in new ways is to try and change the shape of the world. At the centre of this, is a commitment to work with people rather than to view research as something that produces knowledge about or on behalf of particular groups. I’m interested in dislodging traditional research hierarchies. People often talk about research that gives marginalised people “a voice”. However, this idea simply recreates a power dynamic with which we need to be wary of colluding. Instead, we need to learn to listen – sometimes how to listen – and to work together to create spaces in which people can express their views, wants, needs, and hopes”.

One way Burke has put scholar activism into practice is through her work on the D4D work stream Now You See Us, which explores issues of disability integration and marginalisation in schools, youth centres, and work settings.

“We have been exploring the sense of identity and community in younger, disabled people across a range of contexts. I went to talk to young people in a youth zone, which is like a youth club, in an economically deprived area of Oldham, to a school for young people with additional needs in Bury, and to a small independent school in Devon.”

“In each of these settings, the aim was to explore how young disabled people thought about themselves, their sense of identity and their understanding of ideas of community and belonging. In the northwest, what was clear was that the young people didn’t particularly identify strongly as disabled or recognise that such an identification could be something meaningful or positive. However, they were identified as disabled by the people around them.”

“When I talked to some of the adults in those contexts, the first thing they often told me was about the diagnosis with which each young person had been labelled as if this explained something important about them. What stood out too, was how many of the young people themselves had experienced bullying, the impact of which was often very apparent in terms of their confidence. However, they were supportive of each other and talked positively about their aspirations.”

“For me, the real palpable difference between the school in Devon and the people I talked to in the Northwest was social class, or economic and cultural capital. The pupils at the independent school were, in general, much more confident in talking about themselves and in asserting a strong sense of identity based around what was often a positive understanding of themselves as different.”

Through this process Burke has been examining how researchers can engage in activities beyond the standard techniques of academic research.

“By developing creative ways of working and creative methodologies, rather than standard interviews or questionnaires, we were able to create a more open and less hierarchical space in which to articulate problems, obstacles and aspirations.”

Burke also reflected on the ways in which D4D illuminated the degree to which the structure and organisation of academic research favours non-disabled researchers.

“If you really wanted to do something radical and transformative, this is something that needs to be addressed. Currently, at the centre of the apparatus and organisation of research, there is the idea of a particular kind of body; a body that doesn’t break or bend or exhaust or change. I wish that wasn’t the case because it presents huge barriers to disabled people and to the expression of diverse perspectives and experiences.”

It’s clear the D4D project has been a profound and informative experience for the investigators and participants involved. Burke hopes that when people come into contact with the project’s research findings, it will enable them to think differently.

“I would like to live in a world where disabled people are not reduced to the contours of a medical diagnosis or viewed as less than fully human. I interviewed a disability activist called Richard Curry for a series of video casts on life during lockdown. He said people tend to see him as somebody with cerebral palsy in a wheelchair, but actually he’s like a character from a Russian novel. I would hope that our work has and will dislodge dominant perceptions of disability and that it demonstrates the diverse ways in which people experience and think about community.”

D4D is an Arts and Humanities Research Council ‘Connected Communities’ funded research programme. D4D has been investigating the evolving ways in which we as disabled people express, perform, experience and practise ‘community’.

You can find out more about Dr Lucy Burke’s research and her D4D work stream Now You See Us by visiting the D4D website.